Michi Uematsu currently serves as the CTO for ACCESS, leading the company’s software product R&D and commercial development, proposals to customers regarding how they can…. In his role as Vice President of Finance, Michael Lau is responsible for the financial oversight of IP Infusion’s worldwide operations. Michael brings more than 20 years of financial and accounting experience with… As Vice President of Product Marketing, Shaji Nathan is responsible for IP Infusion’s product portfolio. Shaji has extensive experience as a product management leader with a track record of bringing disruptive and innovative… Tom Savoie leads the global sales organization at IP Infusion. Tom has a quarter century of experience in the networking and software domains and is responsible for go-to-market strategy and execution… Rick Lantzy is Vice President, Business Development and responsible for customer/partner relationships and outbound product marketing. A proven leader, Rick has extensive sales and marketing experience in the software and semiconductor industry… 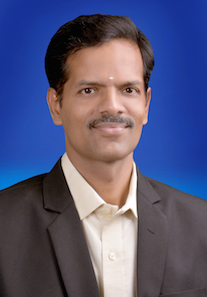 Sudarsan comes with a rich experience of more than 22 years in the R&D in the communications and networking industry. He has built and managed vast Delivery teams…

Michi Uematsu currently serves as the CTO for ACCESS, leading the company’s software product R&D and commercial development, proposals to customers regarding how they can deploy the technologies developed by ACCESS, and joint strategic trial projects.

Michi is actively driving the deployment of these technologies not only in Japan but in Europe, the US, and Asia as well, tackling the challenge of bringing the embedded software technologies developed in Japan to countries throughout the world.

In 2000, he joined ACCESS Co., Ltd. as a researcher in the company’s R & D office after working on researching distributed object technologies.

He took part in the development of one of ACCESS’ flagship products, NetFrontTM v3, embedded browser software. He then went on to become the company’s director of research and development. In 2003, he was appointed the VP of R & D.

Michi received master’s degree in Information Science by the School of Science of the University of Tokyo.

Atsushi Ogata is President and CEO of IP Infusion, and a member of its Board of Directors. Atsushi is responsible for executing the company’s strategy to stay at the leading edge of network operating systems in the evolving networking industry. Prior to becoming President and CEO, Atsushi led IP Infusion’s sales team and served as COO, responsible for the company’s global operations. Atsushi has held numerous leadership positions at high technology companies in both the telecommunications and enterprise software industry. Before joining IP Infusion, Atsushi held an executive sales role at KVH, where he spearheaded the successful launch of new cloud computing services. Atsushi held executive sales positions at Oracle, as well as senior sales management positions for start-up companies including OpenPages, Macrovision, and Interwoven. He began his career at Cable & Wireless IDC, where he gained extensive multi-national experience. Atsushi holds a bachelor’s degree from Kwansei Gakuin University and an MBA from the Graduate School of Management at GLOBIS University.

In his role as Vice President of Finance, Michael Lau is responsible for the financial oversight of IP Infusion’s worldwide operations. Michael brings more than 20 years of financial and accounting experience with public and privately held companies to his position. Prior to IP Infusion, Michael was the corporate controller at AlterEgo Networks, a developer and provider of enterprise software and services, where he helped build the organization’s overall accounting infrastructure. Prior to his position at AlterEgo Networks, Michael was the director of reporting at Intuitive Surgical (Nasdaq: ISRG), the global leader in the rapidly emerging field of robotic-assisted, minimally invasive surgery. Here, Michael played an integral role in taking Intuitive Surgical through its successful IPO in 2000. Michael has also held various management positions at Siliconix, a leader in the development of power semiconductor products, where he assisted in rebuilding the company, post-Chapter 11, into a highly successful corporation acquired by Vishay Semiconductors in 1998. Michael started his career with Ernst & Young where he specialized in the high tech industry. Michael holds a Bachelor of Science degree in Accounting from the University of Southern California.

As Vice President of Human Resources, Susan Solat is responsible for global talent acquisition, employee compensation and benefits administration, real estate and site services. Susan has extensive experience as a human resources leader with global HR expertise in employee engagement, talent management and policy development for a variety of startup and industry leading technology companies. Prior to joining IP Infusion, she was Senior Director, Human Resources at Autonomy; HR Director at Sun Microsystems; and Director of Global Shared Services at Cisco Systems. Susan was also co-founder of Solat & Sellin, a HR consulting practice with a client base including Genetech, NetApp, and Symantec. Susan holds a Masters of Industrial & Labor Relations from Cornell University; a Masters of Science in Education, Educational and Organizational Behavior from Wheelock College; and a Bachelors of Science in Psychology and Education from Fredonia State University.

As Vice President of Product Marketing, Shaji Nathan is responsible for IP Infusion’s product portfolio. Shaji has extensive experience as a product management leader with a track record of bringing disruptive and innovative networking products to market focused on carriers and enterprises for startup and industry leading technology companies. Shaji has more than 18 years of experience in product management and technical marketing in the networking industry. Prior to joining IP Infusion, he was Director, Product Management at Nuvon Inc.; Product Line Manager at Cisco Systems for over 13 years working in Cisco’s Enterprise Networking group, for the multi-billion dollar ISR product portfolio. Shaji holds an MBA from the Lucas Graduate School of Business at San Jose State University; a Master of Science in Electronics, from Indiana State University; and a Bachelor of Science in Electrical Engineering from National Institute of Technology, Raipur, India.

Rakesh Dubey is Vice President, Engineering and responsible for all IP Infusion engineering organizations and product development for DANOS-Vyatta edition, the OcNOS network operating system and the ZebOS network operating system.
Rakesh joined IP Infusion from Juniper where he was Senior Vice President of Engineering. He led Juniper’s data center and campus switching, branch routing and security products teams and was responsible for all development related to the EX, QFX, NFX and SRX platforms. Rakesh was also responsible for Juniper’s Cloud Platform and products for Network Management, SD-WAN and SD-Branch. He joined Juniper in 2008 as Senior Director for data center products. Prior to Juniper, Rakesh worked at Cisco Systems for 12 years, holding several engineering roles in the Catalyst 4000, Cisco Gigabit Switch Router and CRS-1 teams. He started his career as a Software Engineer at NeXT Computer and worked on the operating systems team.
Rakesh holds a Bachelor of Technology degree in Computer Science and Engineering from Indian Institute of Technology, Kharagpur and a Master of Science in Computer Science from Washington State University in Pullman. He completed the Stanford Executive Program at the Stanford University Graduate School of Business.

Tom Savoie leads the global sales organization at IP Infusion. Tom has a quarter century of experience in the networking and software domains and is responsible for go-to-market strategy and execution. Having worked for Telecom Carriers, Network Equipment Manufacturers, as well as OS and middleware/protocol software companies, he has a uniquely broad set of experiences and market perspective. Tom is deeply passionate about the disruption of proprietary, closed, complex, and costly legacy network systems. He has focused his career on disaggregation, openness, and virtualization since the very beginnings of the Whitebox/NOS, SDN, and NFV movements.

Tom rejoined IP Infusion 2019 to help write the next chapter in the company’s evolution and growth. The company’s objectives and Tom’s personal mission are well aligned. He previously worked at IP Infusion from 2009 to 2013, a period during which the company grew revenues 10X, as an Account Manager, then Vice President of the Americas, and ultimately as the Vice President of Global Sales. Prior to rejoining IPI, Tom held roles at Dell, where he was Open Networking Principal for U.S. Network Operators, and as Vice President of Sales at Intel/Wind River where he built a new networking focused sales team targeting TEMs and Network Operators. In both roles he was focused on network evolution via Whitebox NOS, SDN, and NFV. Tom also has held leadership positions at Nortel, Tasman Networks, Global Crossing, and Sprint.

Rick Lantzy is Vice President, Business Development and responsible for customer/partner relationships and outbound product marketing. A proven leader, Rick has extensive sales and marketing experience in the software and semiconductor industry. Prior to joining IP Infusion, Rick was Sr. Director of Product Marketing at Broadcom where he had business responsibility for the entire software portfolio in the switch business unit and SMB/L2 connectivity switching silicon. In this role, Rick successfully built a profitable software business inside Broadcom and significantly grew the semiconductor revenue and gross margins. During his time at Broadcom, Rick was also responsible for the network operating system software engineering organization. Prior to joining Broadcom, Rick was Vice President of Sales at LVL7 Systems, Inc., a third-party network operating system vendor who was acquired by Broadcom in 2007. Rick has a Bachelor of Science in Civil Engineering from West Virginia University and a Masters in Business Administration from the University of North Carolina at Chapel Hill.

Sudarsan comes with a rich experience of more than 22 years in the R&D in the communications and networking industry. He has built and managed vast Delivery teams, spanning across Product Design, Development, Solution Engineering and Customizations. In the current role, he is heading IP Infusion Software India Private Limited, which is a fully owned subsidiary of IP Infusion Inc. His previous work experience includes leadership roles at Aricent, wherein he worked as Director-Engineering. Here, he played an anchoring role in building an Offshore Development Centre for a leading OEM, growing the account size to 150+ engineers. He was also leading the Products Team at Aricent, focusing on OEMs and Service Providers. In his position at Wipro, he was working in the Center of Excellence, wherein new product ideas were incubated. He has also published IETF drafts in an endeavour to standardize implementations. Sudarsan has a B.E degree from University of Madras.